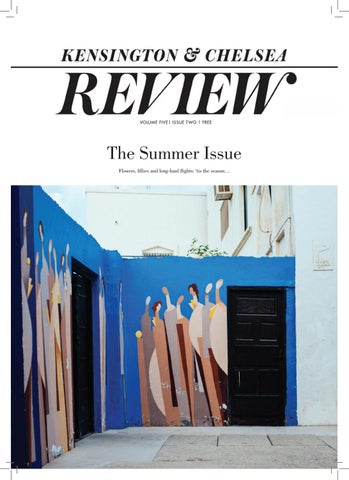 
Either by signing into your account or linking your membership details before your order is placed. Your points will be added to your account once your order is shipped. Click on the cover image above to read some pages of this book! Blizzard Entertainment and Dark Horse Books are proud to present the third installment of their bestselling World of Warcraft Chronicle series! Bolster your knowledge of Warcraft lore with this striking third volume! Help Centre.

My Wishlist Sign In Join. Be the first to write a review. Add to Wishlist. In Stock. Unable to Load Delivery Dates. Enter an Australian post code for delivery estimate.


Link Either by signing into your account or linking your membership details before your order is placed. Description Product Details Click on the cover image above to read some pages of this book! Minecraft The Survivors' Book of Secrets. More featuring World of Warcraft. See more. World of Warcraft: War Crimes. Christie Golden. The national bestseller and direct tie-in to the new game expansion pack Warlords of Draenor—a thrilling novel set in the universe of the record-breaking, internationally bestselling video game World of Warcraft!

The brutal siege of Orgrimmar is over. Alliance and Horde forces have stripped Garrosh Hellscream, one of the most reviled figures on Azeroth, of his title as warchief. His thirst for conquest devastated cities, nearly tore the Horde apart, and destroyed countless lives. Now, on the legendary continent of Pandaria, he will stand trial for his transgressions. Renowned leaders from across the world have gathered to witness this historic event.

For many of those in attendance, these glimpses into history force them to relive painful memories and even question their own innocence or guilt. For others, the chilling details stoke the flames of their hatred. All Rights Reserved. World of Warcraft: Thrall: Twilight of the Aspects. The Hour of Twilight. It was— She gnawed her lower lip, thinking.

It was the greatest challenge the dragonflights would face, but she did not know against whom they would be fighting. It might come soon. Could it have something to do with the return of Deathwing? Surely it had to. This breaking of the world was one of the worst things that had ever happened to Azeroth. How could she persuade others of the direness of the situation when she herself could not articulate it?

She uttered a little noise of annoyance and frustration. One thing she knew for certain. There were many pieces missing from this puzzle, but there was one core piece that was necessary before any of the others could fall into place. It was a very strange piece, an unlikely one at best, and she was uncertain as to how he would fit in. She only knew that he had to. Ysera had seen him, floating in and out of her dreaming. She had thought she understood his role in things, but now, peculiar as it seemed, something—some inner certainty that even she did not fully understand—was leading her to think she had not seen the full breadth of his contribution to Azeroth.

He was not a dragon. But he had the interests of the dragonflights in his heart—whether he knew it or not. He straddled worlds—but did not seek to rule or command or destroy them. He was unique. She tilted her head, let the wind play with her long green hair. Perhaps that was why he fit in. Even the Aspects were not singular beings, although each had unique abilities. Not one but five there had been at the beginning, when the titans had come and shared their power for the good of Azeroth. Four there were now, but there would soon be five again, when the blues determined how to choose the one who would lead them.

His strength and cunning are unmatched even among the Horde's most exalted champions. But fate smiles on the wounded Darkspear leader when renowned brewmaster Chen Stormstout transports him to the safety of an isolated mountain monastery. There, Vol'jin wrestles with old hatreds smoldering between the Alliance and the Horde as he struggles to recover alongside a mysterious human soldier.

Yet this is only the beginning of Vol'jin's worries.

Where to find Mark Worrall online

Soon, he becomes embroiled in an invasion of Pandaria launched by the Zandalari, revered trolls driven by dreams of conquest and power. This ancient tribe offers Vol'jin a chance to seize the glory that is the birthright of all trolls…an offer made even more tempting after Garrosh's brazen treachery. Amid these troubling events, Vol'jin is rocked by intense visions depicting his race's grand history. All rights reserved.

It was caught in a hovering, jagged chunk of ice, the runes that ran the length of its blade glowing a cool blue. Below it was a dais of some sort, standing on a large gently raised mound that was covered in a dusting of snow. A soft light, coming from somewhere high above where the cavern was open to daylight, shone down on the runeblade. The icy prison hid some details of the sword's shape and form, exaggerated others.

It was revealed and concealed at the same time, and all the more tempting, like a new lover imperfectly glimpsed through a gauzy curtain. Arthas knew the blade -- it was the selfsame sword he had seen in his dream when he first arrived. The sword that had not killed Invincible, but that had brought him back healed and healthy.

He'd thought it a good omen then, but now he knew it was a true sign. This was what he had come to find. This sword would change everything. Arthas stared raptly at it, his hands almost physically aching to grasp it, his fingers to wrap themselves around the hilt, his arms to feel the weapon swinging smoothly in the blow that would end Mal'Ganis, end the torment he had visited upon the people of Lordaeron, end this lust for revenge. Drawn, he stepped forward.